The Dutch ambassador in Vilnius, Bert van der Lingen, honored the organization of the tournament with his presence on the closure ceremony. He arrived a bit earlier to meet the orange colored Dutch delegation. Begin a chess player himself he understands the emotions, pressure and the hard work needed to achieve result. Being selected to play at a European Championship is already an achievement. “Enjoy being here, learn from the experience” is his message – not only to the Dutch but to all players from all countries present here in Vilnius. Alex Mathijsen, coach of the Netherlands, presented the ambassador a draughts set. So who knows, maybe in the future there will be some draughts games being played at the Ambassy. 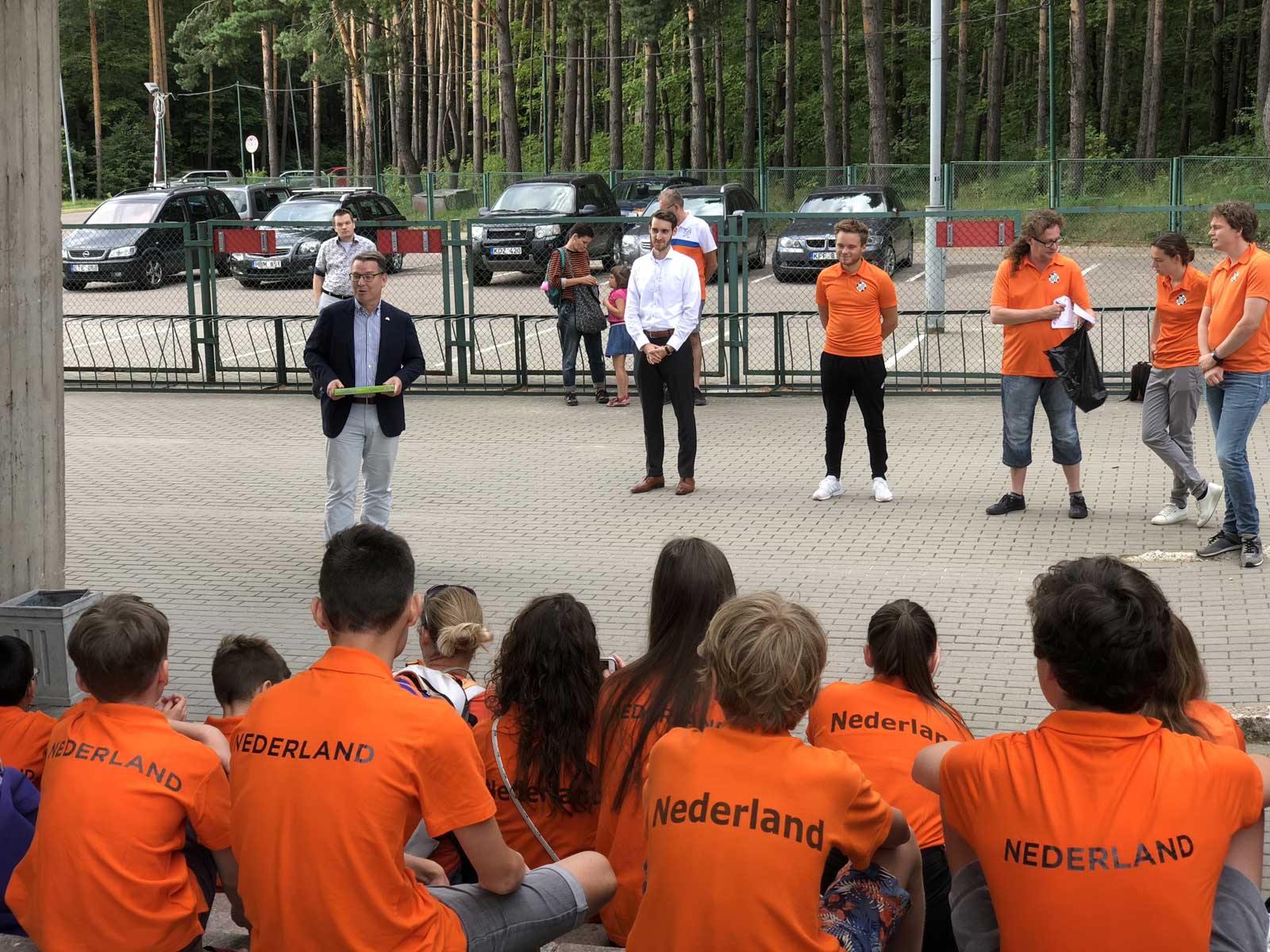 « Medals, medals and more medals » This is how rapid looks like!